Just heard from Deirdre Barry of Monster Entertainment that my series WULFIE - the cute little Big Bad (and purple) Wolf called Wolfgang Amadeus Rachmaninov III and his best friend Libby - got funding as part of their Media Slate application.

I am over the moon, as any of you who know me can imagine.

WULFIE began with bedtime stories I made up for my daughter in 2005... when she was all of six. She's now 14. We are both eeping at each other with delight, punching the air and grinning insanely.

To everyone who is a writer with ideas that haven't yet been recognised.... take this as hope! 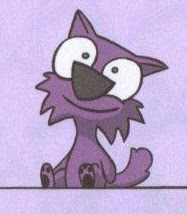 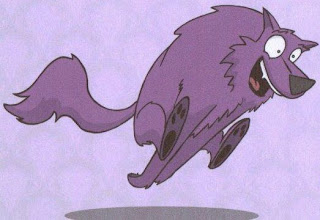 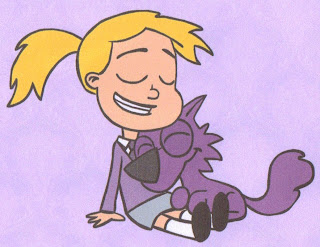 I've had to change the date for the next meeting to MONDAY 13TH.

I couldn't get the venue for the 6th as it's a bank holiday and also many people were going to be away.

Really sorry for the change of date but hope as many of you as can will be able to make it along. It has been too long since we all met!

So the date is Monday 13th of May
The venue is Roasted Brown Cafe space, First Floor, Filmbase, Curved Street, Dublin 2
The time is 7-9pm; 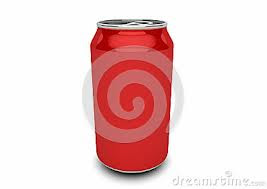 Spread the word and let me know if you or anyone else would like to come along.

All the best,
Lindsay
Posted by Lindsay Jane Sedgwick - writer at 18:08 No comments:

Can a script device make me write more?

Why are some days productive and others not?

It doesn't seem to matter how much work there is to do, some days everything other than actual original writing (and it's attendant evils of chasing, hounding, cajoaling, begging, asking nicely, asking less nicely, waiting, filling in applications for competitions, for funding, writing synopses and treatment and short pitches, long pitches, pitches that will blow everyone's socks off and give them webbed feet...) becomes so much easier to do.

Like making another cafetiere of strong coffee or walking the dog again. Even though it's raining. Days when the washing up and sometimes - but only on those really bad days - even the hoovering gets done.

And all the while you feel worse and worse because you know you should be writing.

If I think back to the days when I was a single Mum with a small baby, I seemed to get so much writing done. It was focussed, by default and necessity, into those hours, moments, slivers of time when she slept during the day and - until she grew wise to me - in the hour I wrote before she woke up. That hour was jettisoned when she developed the uncannily accurate knack of waking up minutes after I'd sneaked out of bed. I was just ending up more tired and less able to write when slots did appear.

So maybe it's to do with the time we allow ourselves to write? 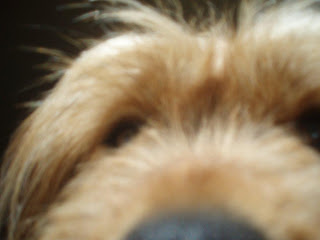 In scriptwriting, there's a device called Creating False Situations of Scarcity -- where you limit the options available to your character(s) in order to force something to work out differently to the way they intend the scene to go. They head in to propose and the scene ends with a massive row; they want to avoid saying something and end up blurting it out. So you stick them in a lift, you let the time literally run out, you put them in the worst possible place for what they want to happen.

Maybe it works for writing too.

By limiting the time I allow myself to write, might I be more productive because I have to be and because those hours become a reward I anticipate?

And then the procrastination - ie life - when it gets in the way, becomes the motivation that will focus my creative energy.

Or drive me to it.

Posted by Lindsay Jane Sedgwick - writer at 20:32 No comments: